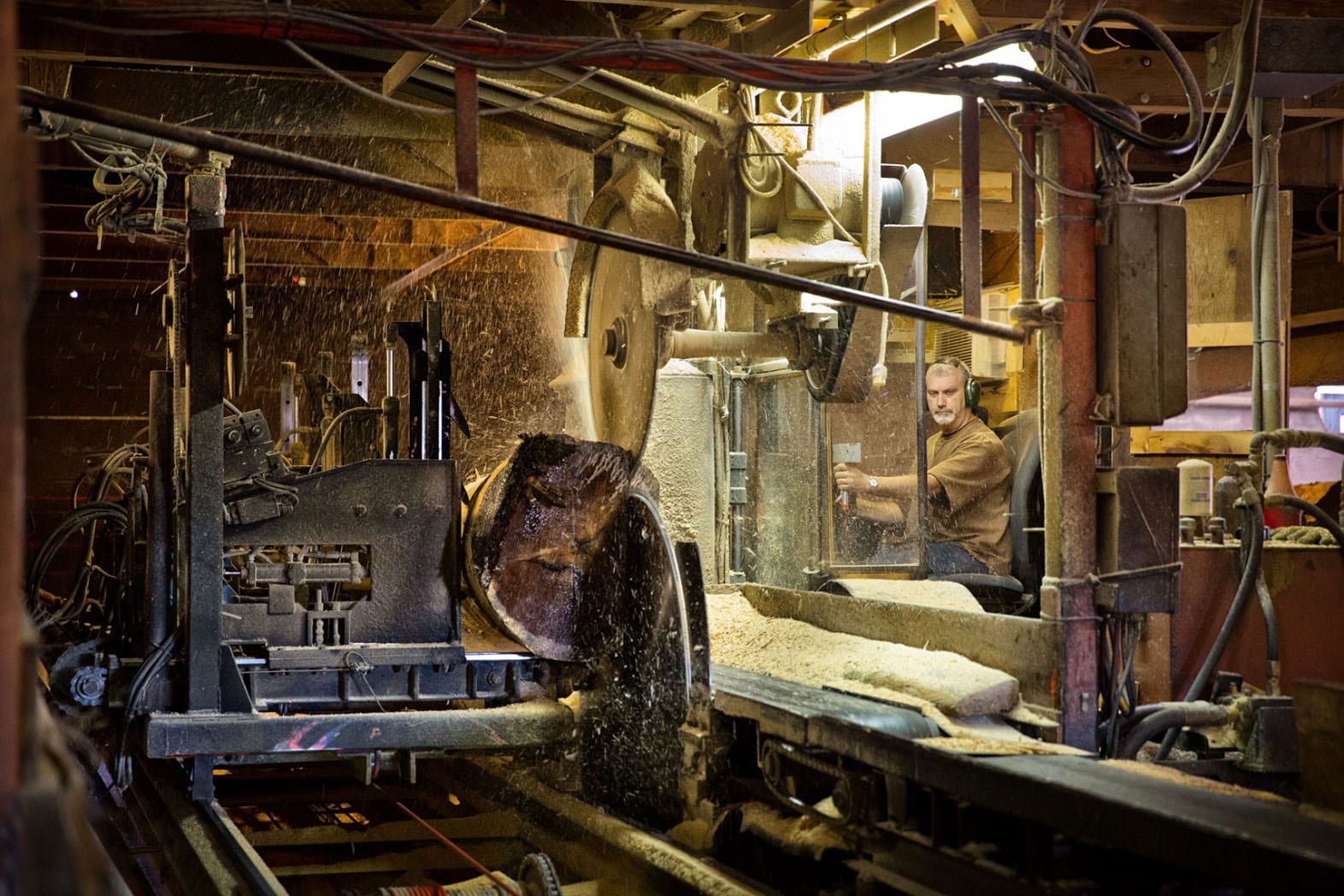 The Northeast Lumber Manufacturers Association (NeLMA) announced in June that it has given Hammond Lumber Company two awards for outstanding safety performance during 2016 at Hammond’s sawmill and planer mill in Belgrade. The awards are given to mills operating in the New England states, plus New York and Pennsylvania. 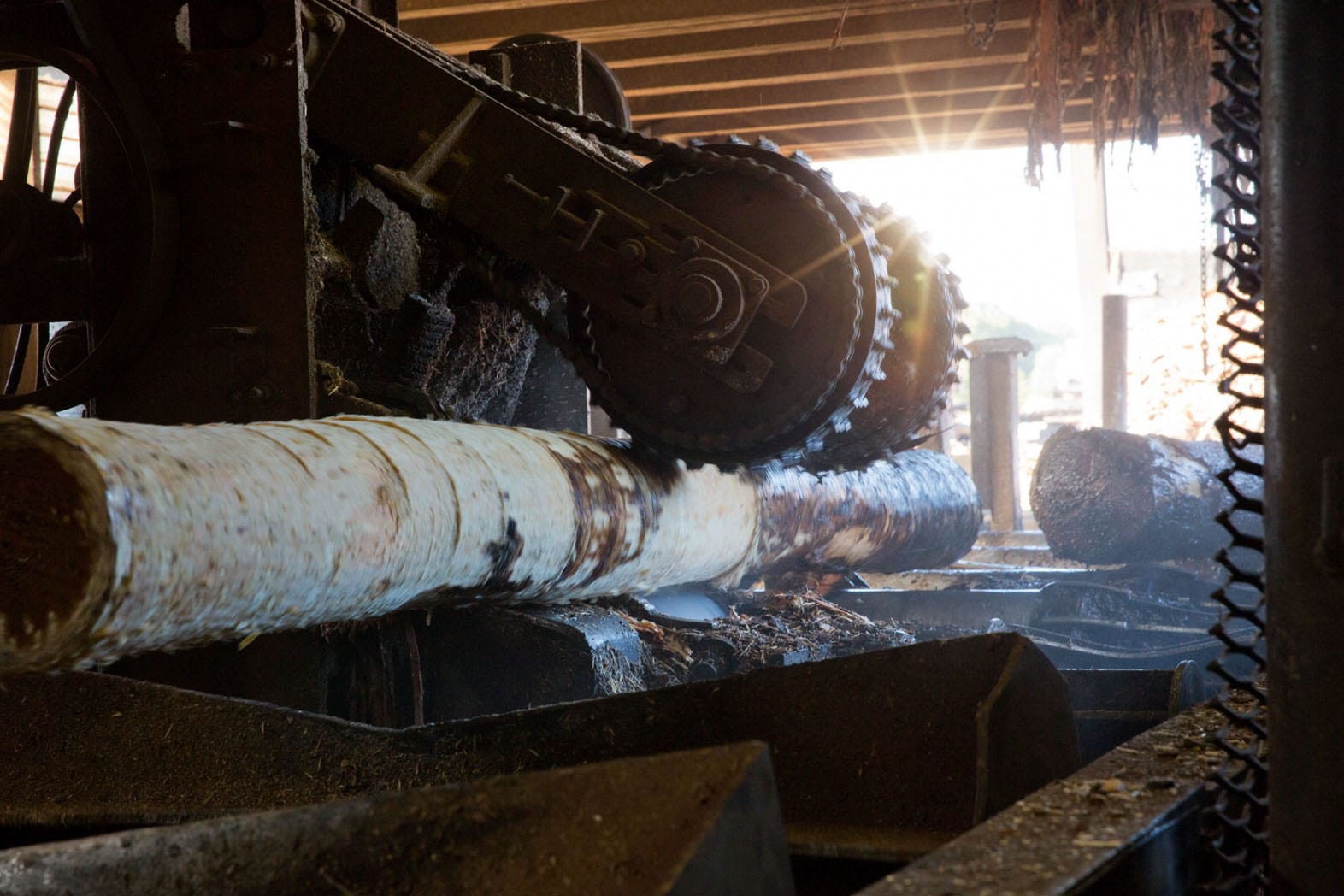 A Maine family-owned business founded in 1953, Hammond finished first in Division 2 for the combined operations of both mills. Hammonds Sawmill also earned an Honorable Mention in Division 2 for an Accident-Free Year.  Divisions are determined by the number of worker-hours logged during a calendar year. A Division 1 classification represents 1 to 25,000 hours, while Division 2 represents 25,000 to 50,000 hours. 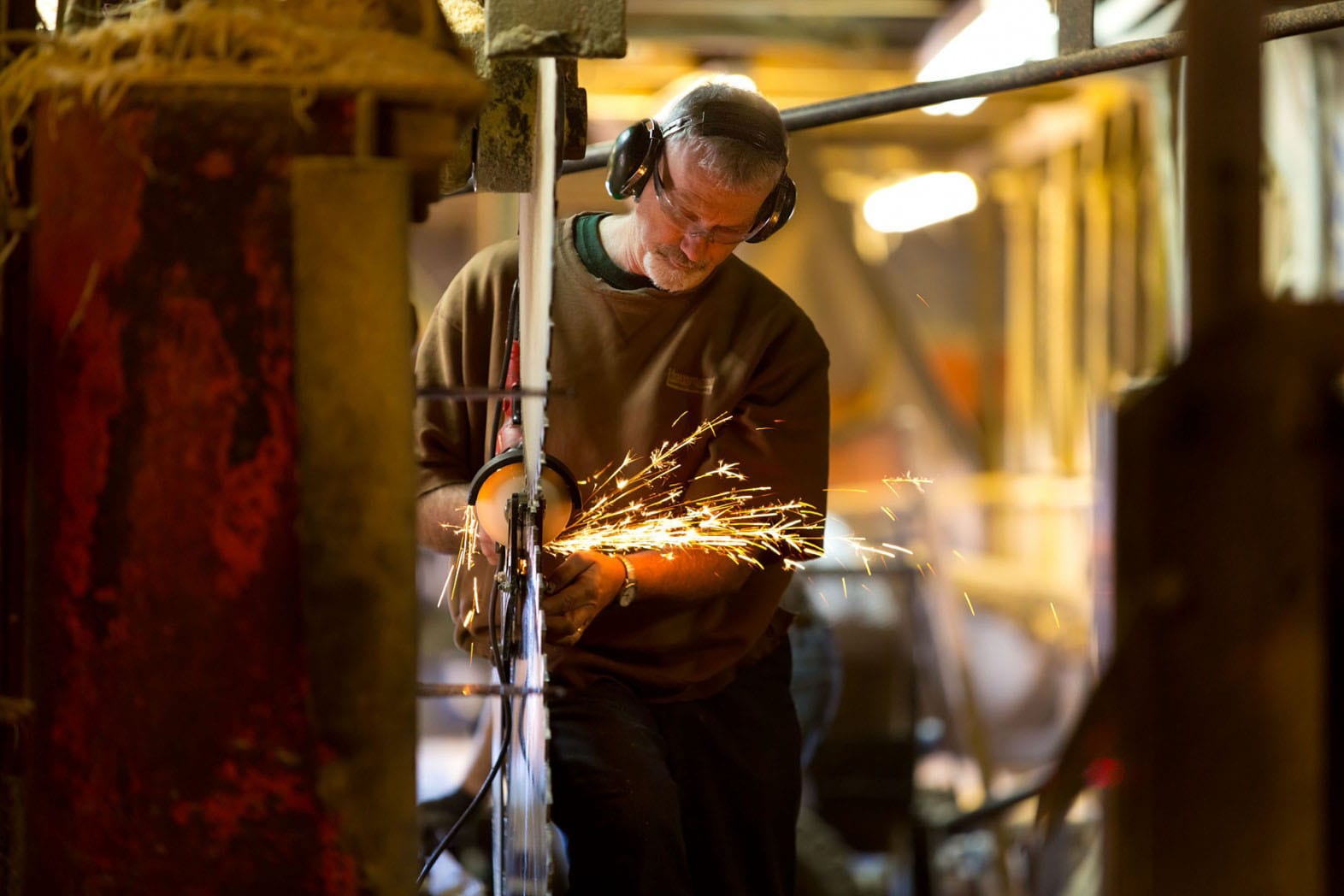 Perhaps best known today as a building supplier operating 13 retail stores throughout Maine, Hammond Lumber began in 1953 as a three-man sawmill, which is still housed at its original location in Belgrade. In its 63 years of continuous operation, the Hammond mill has seldom had a lost-time accident and has won many safety awards. 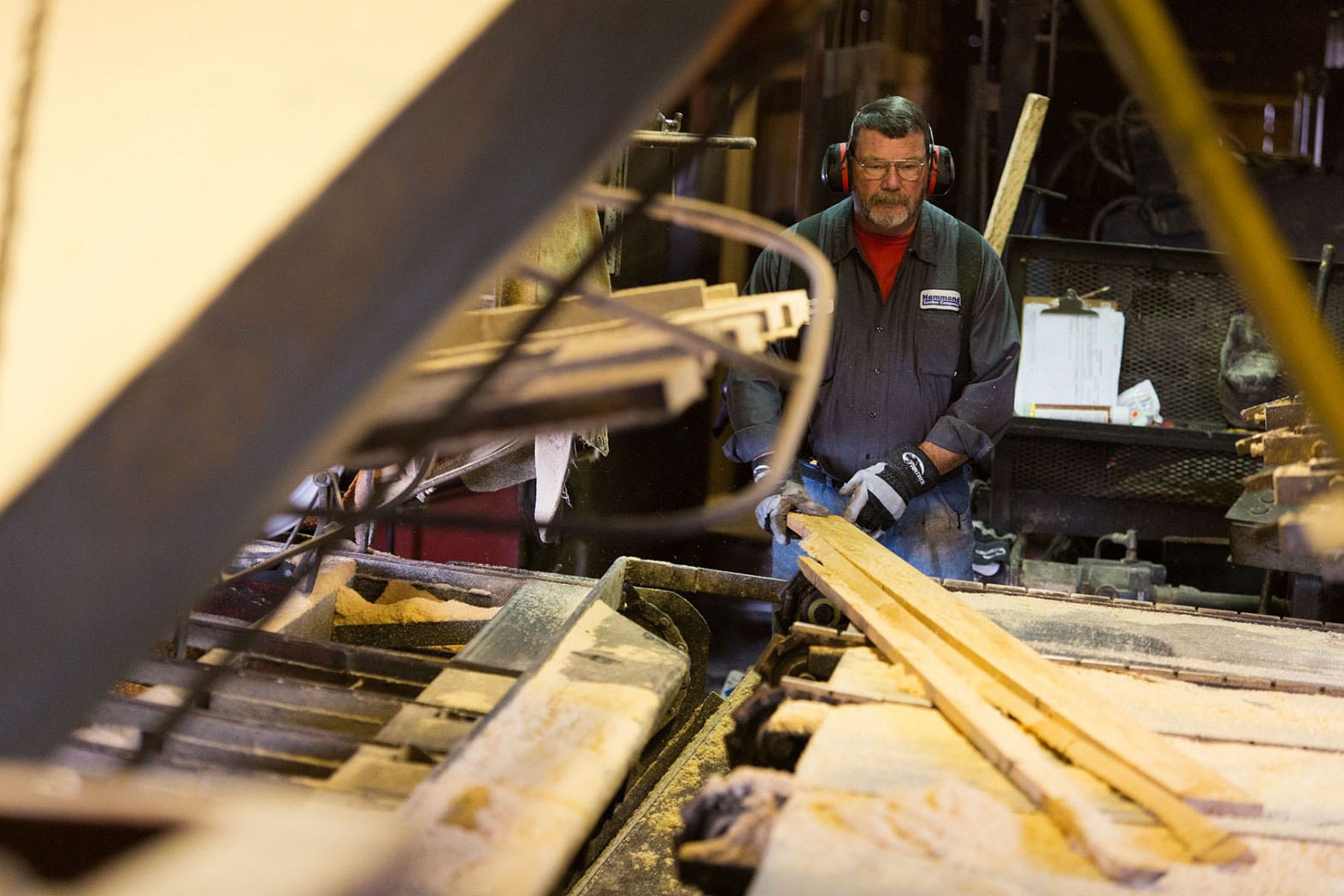 According to safety director Bruce Pelletier, there has not been a lost-time accident in the sawmill since 2004, nor in the planer mill since 2001. 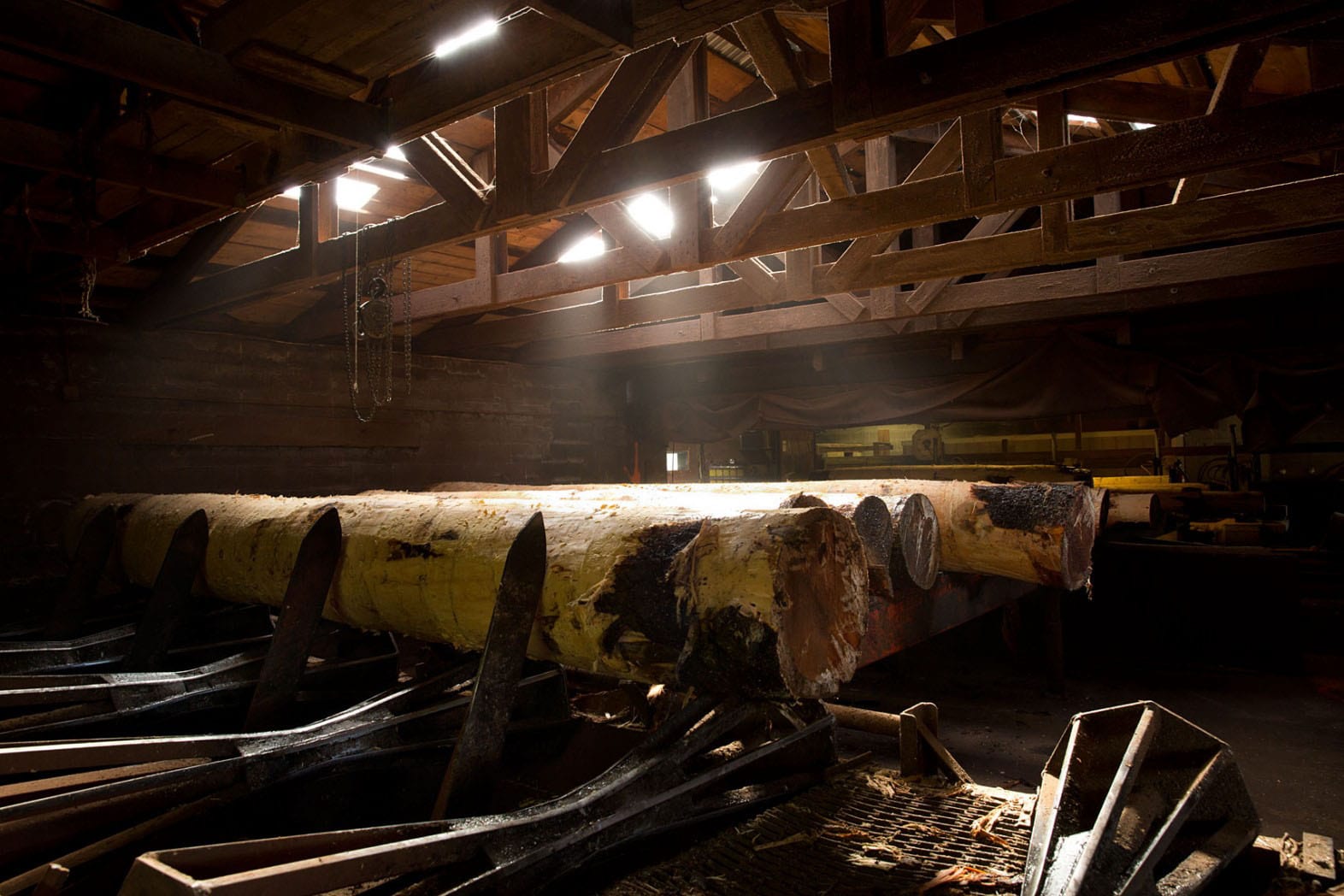 There are currently 11 people working in the sawmill, and 6 in the planer mill, representing a total of more than 250 years of experience at Hammond. Gerald Manley has worked for the company for 38 years, Craig Dawes for 37, Cliff Elliott for 32, and Rob Higgins for 23. Richard Thyng, Alan Bickford, and Travis Manley have all been on the job more than 15 years. Ron Albair has 13 years in.

Travis Manley is Gerald’s son, Miranda Bickford is Alan’s daughter and Matt Dawes is Craig Dawes’ son. Craig’s father, Ken, retired from Hammond in 2002 after 15 years with the company. 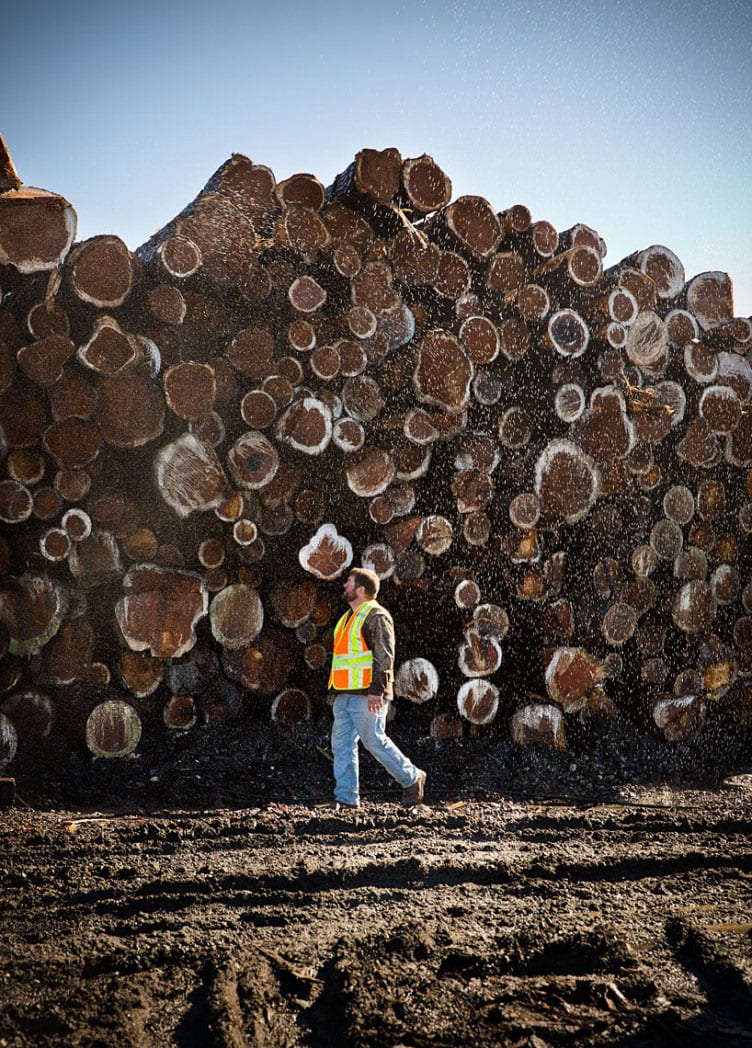 In addition to its safety record, the Hammond sawmill has been recognized for its “whole log” approach to milling. Nothing from the log goes to waste. The bark becomes mulch, and both sawdust and shavings are used as bedding for farm animals. The ends of the boards are used for crafts, for kindling, and for fuel to run biomass generators. The “slabwood” pieces or “edgings” from the log are fed into a chipper, and the resulting chips are used to make paper. The core log may then be used for Maine Pine Log Homes, Hammond’s line of building packages, or it may be further milled into dimensional lumber. 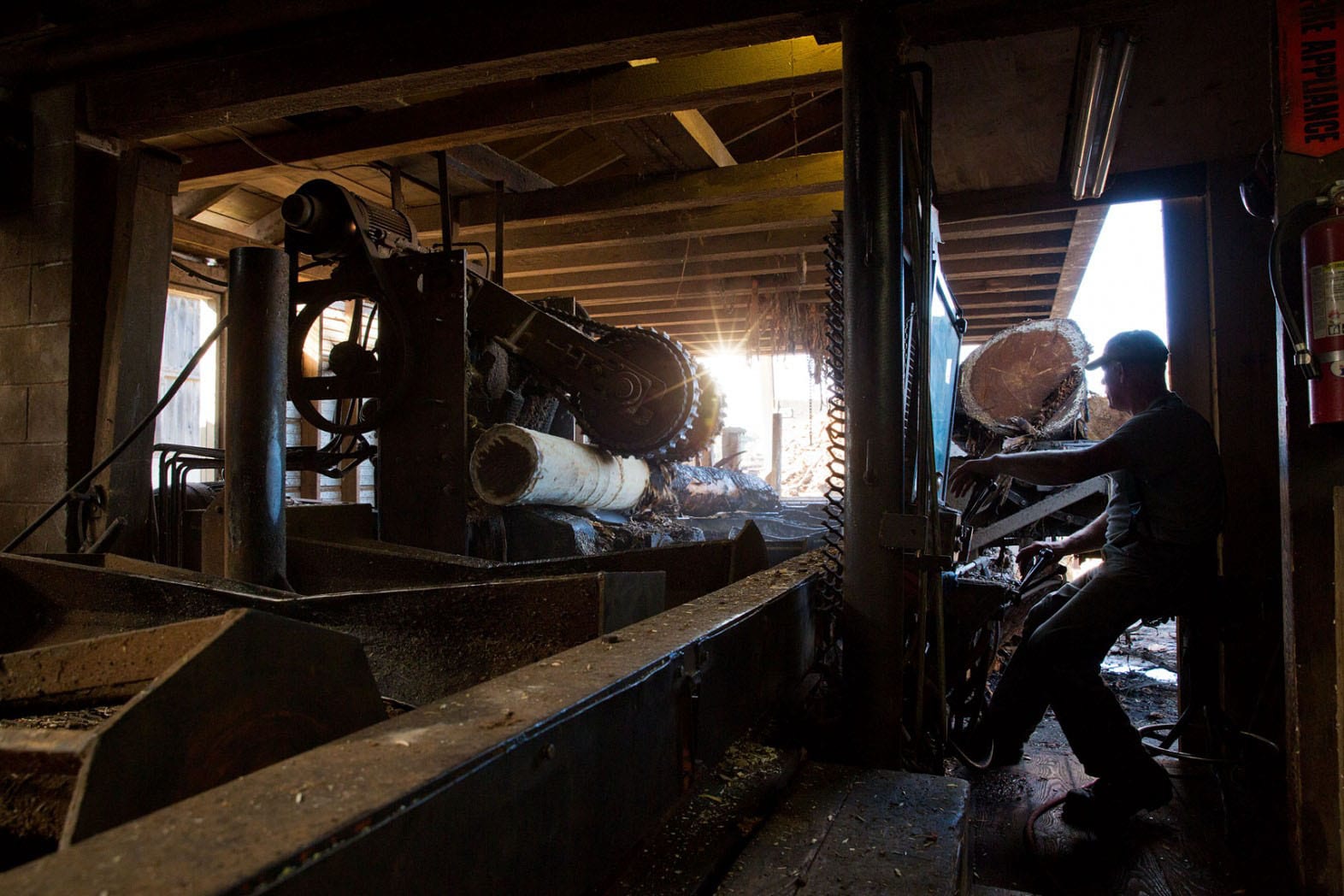 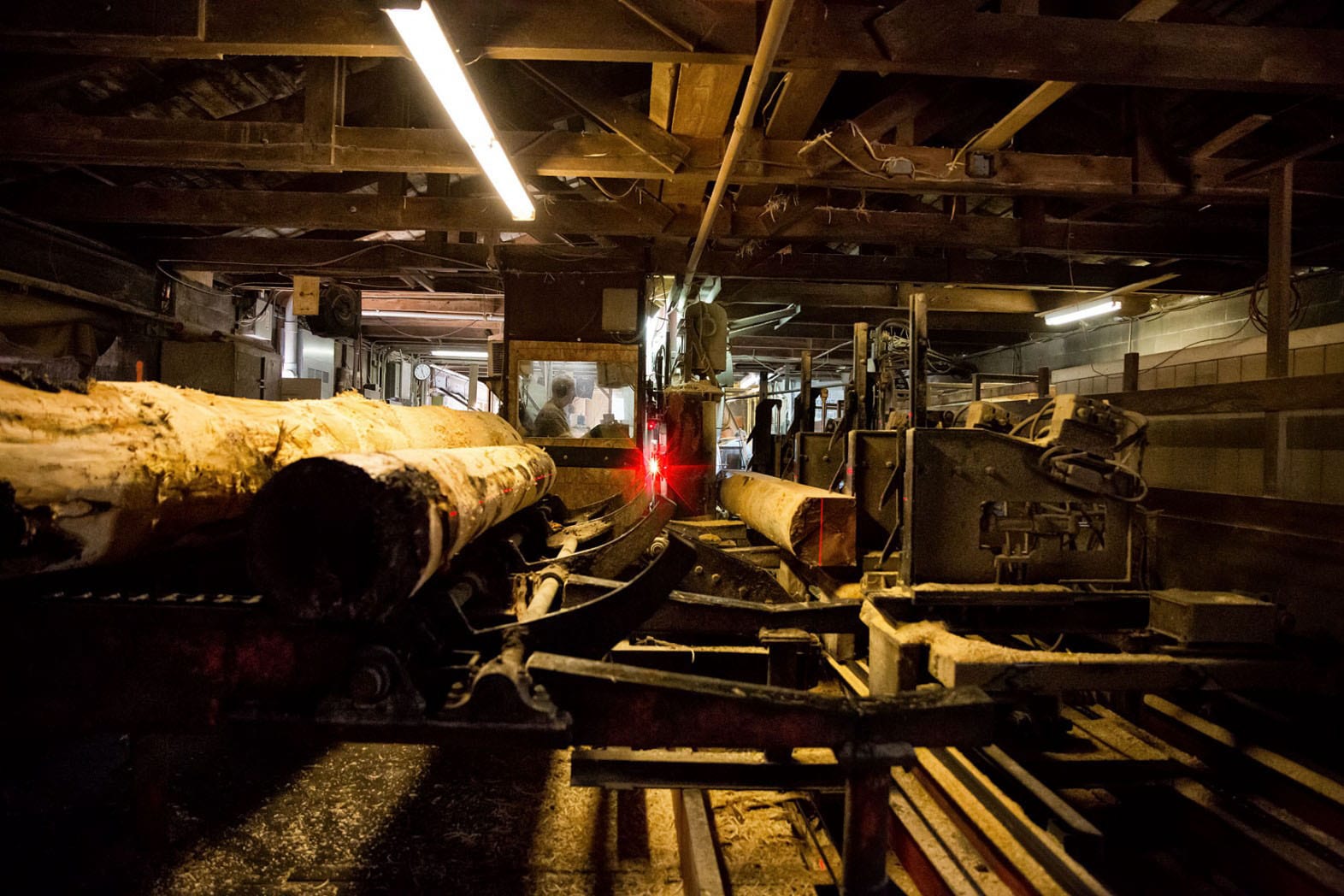 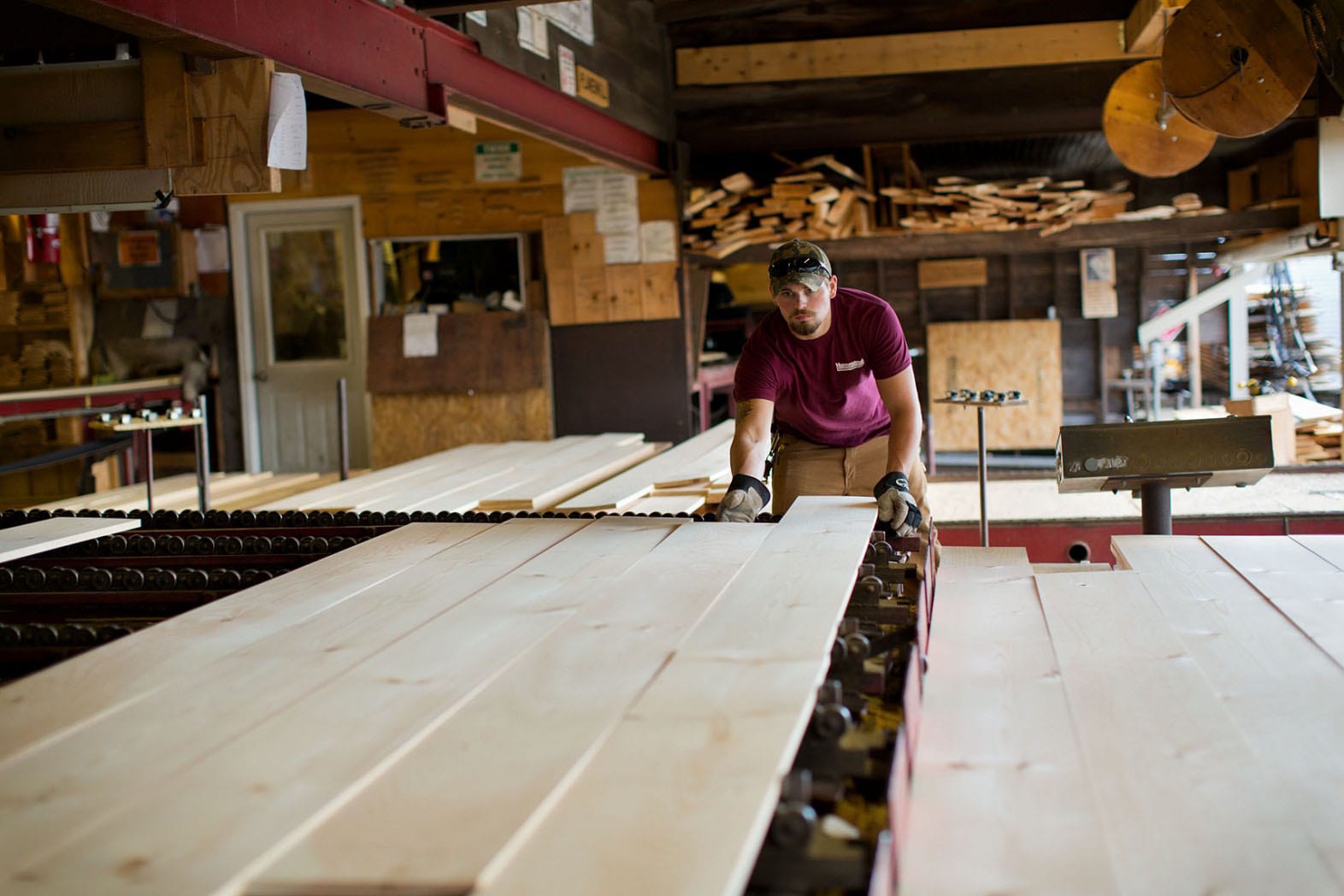