In 1953, Clifton “Skip” Hammond borrowed $50 from his wife, Verna, bought a sawmill and started a lumber business in Belgrade, Maine. 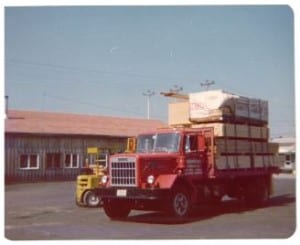 Total number of employees, including himself: three.

In the years since Hammond Lumber Company has grown into one of Maine’s largest independent building suppliers. In addition to the ever-expanding sawmill, there are now twenty-two retail stores throughout Maine and New Hampshire. Hammond’s also has a Maine Pine Log Homes division, which manufactures and markets log-home and cabin building packages.

Total number of employees today: over 900!

Skip Hammond’s philosophy from the start was to saw straight, talk straight, and do more for his customer than the guy down the road would do. Son Donald, who started the retail stores in the late ‘60s, and grandson Michael, who has added highly successful product lines such as ShoreMaster Docks and spearheaded the company’s recent expansion, have followed suit. 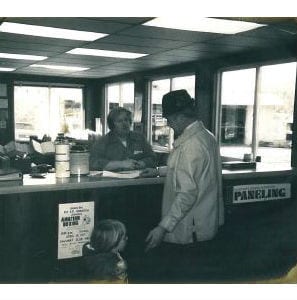 Skip, who always preferred riding a bucket loader to riding a desk, stepped aside as company president years ago, handing the title over to Donald, who in turn handed the vice-presidency over to his son Mike Hammond. In 2017, a transition was announced naming Mike Hammond as President and Don Hammond would assume the role as Vice President. Skip passed away in September, 2022.

The start of retail…

Donald Hammond opened the first retail store, next to the sawmill in Belgrade, in 1967, when he was just out of high school. Skowhegan was added in 1975 followed by Farmington in 1983, Auburn in ‘89, Greenville in ‘91 and Fairfield in ’97. Mike spearheaded the purchase of the Bangor Store from Wickes Lumber in ’02, the construction of Portland in ’08, the purchase of Brunswick from Downeast Energy in 2010, and the purchase of Boothbay, Damariscotta, and Pemaquid from New England Building Materials in 2011. Maine Pine Log Homes was launched in 1987. 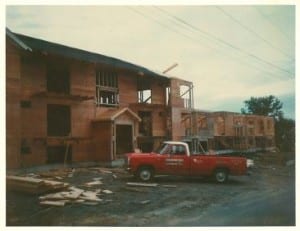 “We’ve been really lucky to have so many good people work with us along the way,” says Donald Hammond, “and so many who have stayed with us for a long time. That solid core of stability and experience has allowed us to keep expanding our products, services, and stores.”

“That’s the story right there,” says the man who started the retail stores. “It’s about people. The more people you have with experience in this business –and especially experience with us– the more you can accomplish. You can’t do this by yourself.”