ELLSWORTH, Maine – Hammond Lumber Company (Hammond) announced today that it has acquired EBS Building Supplies (EBS), a lumber and building materials company, and all 10 of their coastal locations. The announcement was made today at the location in Ellsworth. Hammond, a third generation, family-owned company since 1953 with more than $250 million in sales, now has more than 800 employees and 21 locations. The company is the largest LBM dealer in Maine and one of the largest independent LBM dealers in the country. 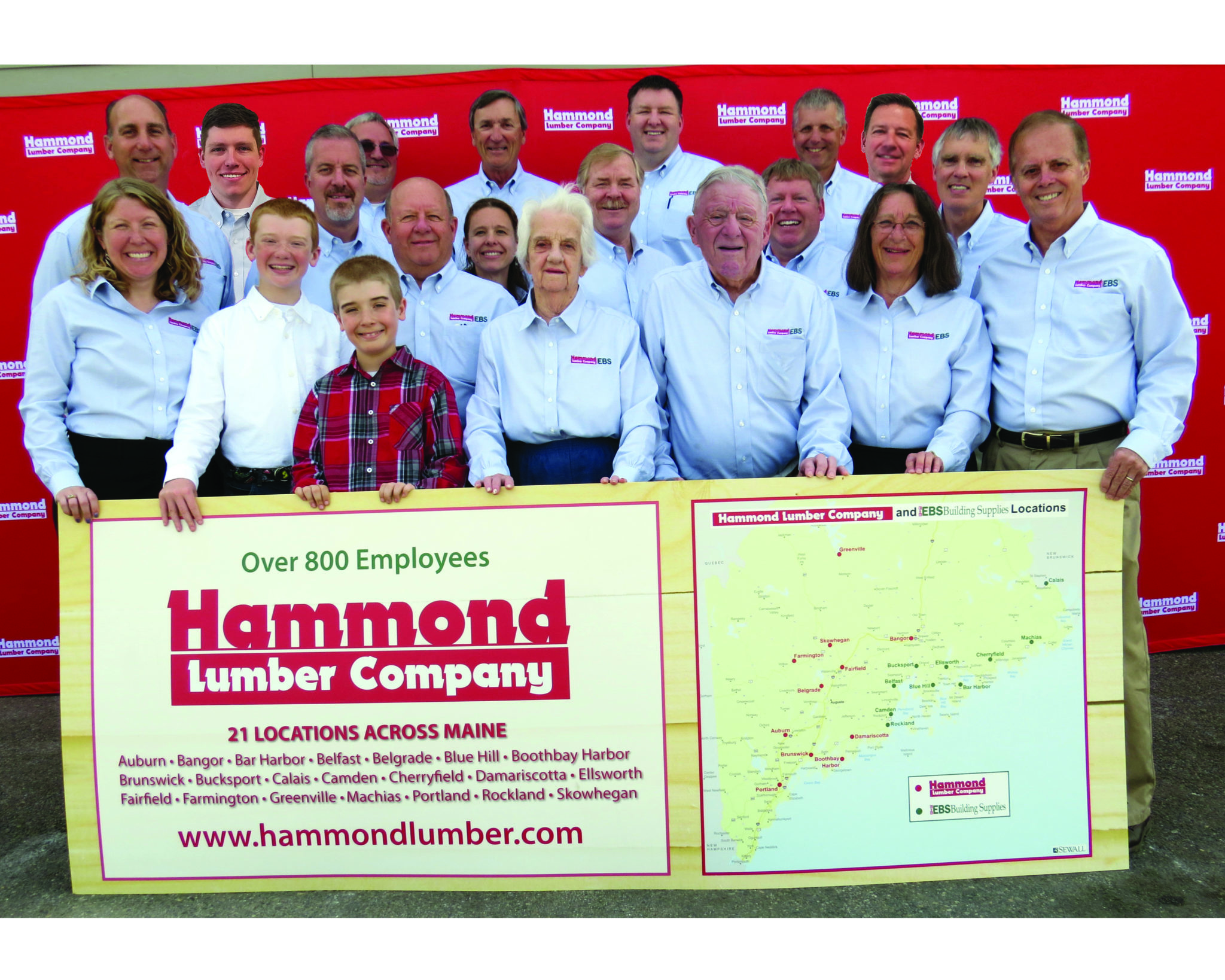 With the acquisition, Hammond acquires all 10 EBS locations, including Bar Harbor, Belfast, Blue Hill, Bucksport, Calais, Camden, Cherryfield, Ellsworth, Machias and Rockland. The locations and more than 300 employees will continue to operate with a retail hardware-oriented focus and sell lumber and building materials.

“As we celebrate our 65th anniversary, we are excited to begin a new chapter in our history and look forward to welcoming the EBS employees to our family company. We have a tremendous amount of respect for the company and the success of their leadership and employees over the past 48 years, that all started when Austin Goodyear founded the company. From a business perspective, their 10 locations along the coast are a great addition and a perfect geographic fit for us to serve more customers across the state and specifically eastern Maine. I also want to recognize the EBS leadership team for their work and commitment that has led to this announcement, they have been a pleasure to work with,” said Mike Hammond, president/CEO of Hammond.

Hammond, based in Belgrade, is the largest LBM dealer in Maine and ranks among the top-20 LBM dealers in the country. Prior to the acquisition, Hammond had 11 locations in Auburn, Bangor, Belgrade, Boothbay Harbor, Brunswick, Damariscotta, Fairfield, Farmington, Greenville, Portland and Skowhegan. The company was recently named the top Maine company in sales on the Prosales Top 100 List, ranked 36th in the country. The company carries a full line of forest products, and specializes in eastern white pine and saws more than 6,500,000 board feet each year.

Ellsworth Builder’s Supply, Inc., was established in 1959 as a subsidiary of the Ellsworth Falls Lumber Co., Inc. The company employs more than 300 employees and was recently ranked 80th on the Prosales Top 100 list as sales have grown steadily to more than $80 million.

“Our leadership felt this was the right decision and is a win-win, most importantly because it is a great opportunity for employees to become part of the Hammond family. We share the same values and place a tremendous focus on providing extraordinary customer service. In many ways, it will be business as usual,” said Dwayne Webber, former president of EBS and current Hammond employee.

Hammond will continue to employ the EBS employees bringing the total number of Hammond employees to more than 800. As part of the announcement, Hammond plans to close the company’s Pemaquid and Wilton locations and reassign employees to the Farmington and Damariscotta stores.

Hammond carries a full line of forest products and specializes in eastern white pine and has grown to be one of the largest independent building material retailers in the northeast. Don Hammond, vice president of Hammond has 51 years of experience and leads the manufacturing operations and his son, Mike Hammond, president/CEO of Hammond, oversees all other aspects of the company.

Anchor Peabody was the exclusive financial advisor to Hammond in the transaction, provided due diligence and transaction execution support, and will help Hammond post-transaction with the integration of EBS. Terms of the deal were not disclosed.

Editor’s note: Click the link below to download the file. Media can also request video footage by contacting Greg Glynn, account supervisor at Marshall Communications at 207-620-9076.

Hammond Lumber Company employees and family take a photo at the location in Ellsworth after the acquisition announcement on June 27.

Hammond Lumber Company was founded in 1953 by Skip and Verna Hammond with a single sawmill. Today, the company carries a full line of forest products, specializes in eastern white pine and saws more than 6,500,000 board feet each year,  and is one of the largest independent building material retailers in the northeast. Don Hammond, vice president, has 51 years of experience and leads the manufacturing operations and his son, Mike Hammond, president/CEO, oversees all other aspects of the company. Committed to workplace safety, the lumber company has received numerous accolades, including the National Safety Council’s 2017 Occupational Excellence Achievement Award. Learn more at www.hammondlumber.com.