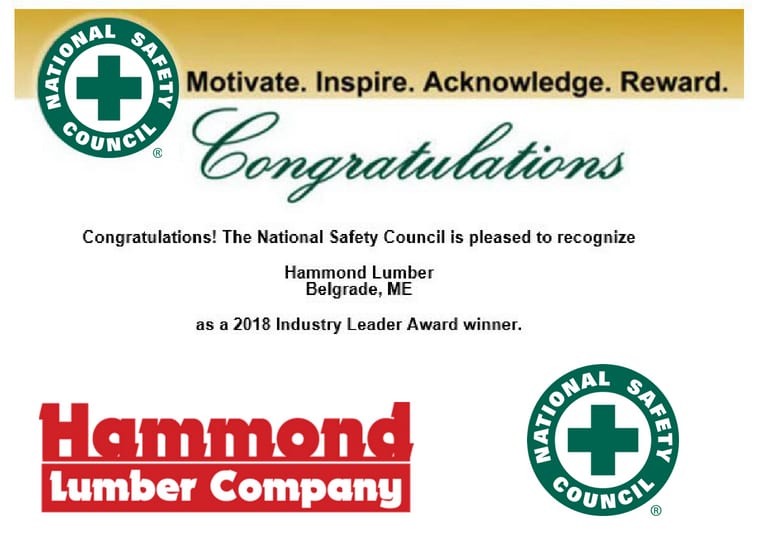 The National Safety Council announced last month that six Hammond Lumber Co. stores have won the 2018 Industry Leader Award for outstanding safety. The award goes to the top 5 percent of NCS member companies, units, and facilities that have qualified for the Occupational Excellence Achievement Award based on 2017 safety data. 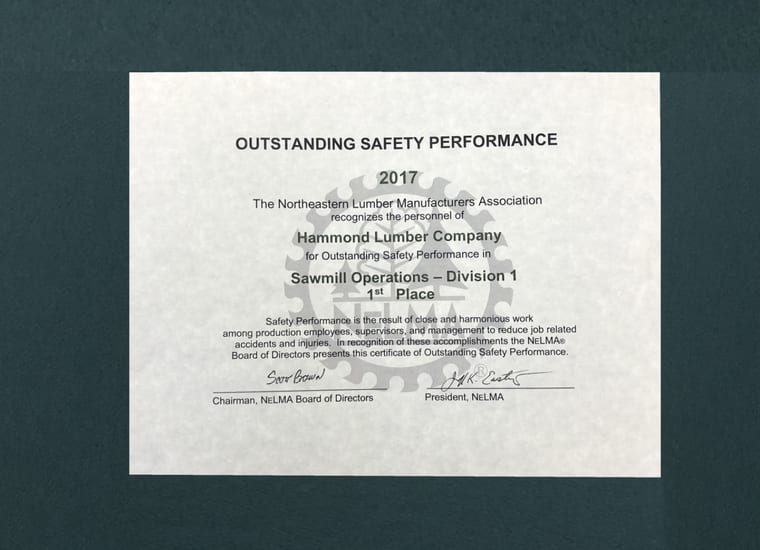 The Northeastern Lumber Manufacturers Association recognized Hammond Lumber Companies Sawmill Operation with 1st place for Outstanding Safety Performance in 2017.  We would like to recognize and thank our employees in the Sawmill who make a safety a priority in their daily operations. 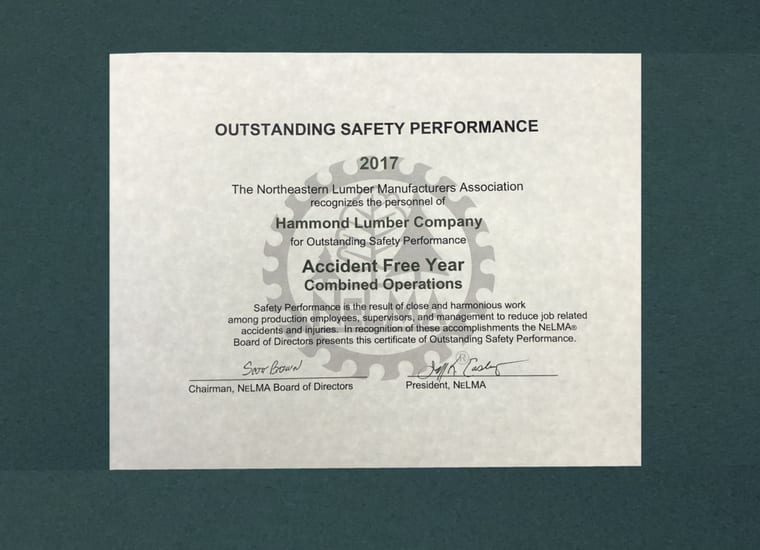 The Northeastern Lumber Manufacturers Association recognized Hammond Lumber Company’s Combined Operations for an Accident Free Year in 2017. We would like to thank and recognize all employees who contributed to an accident-free 2017. 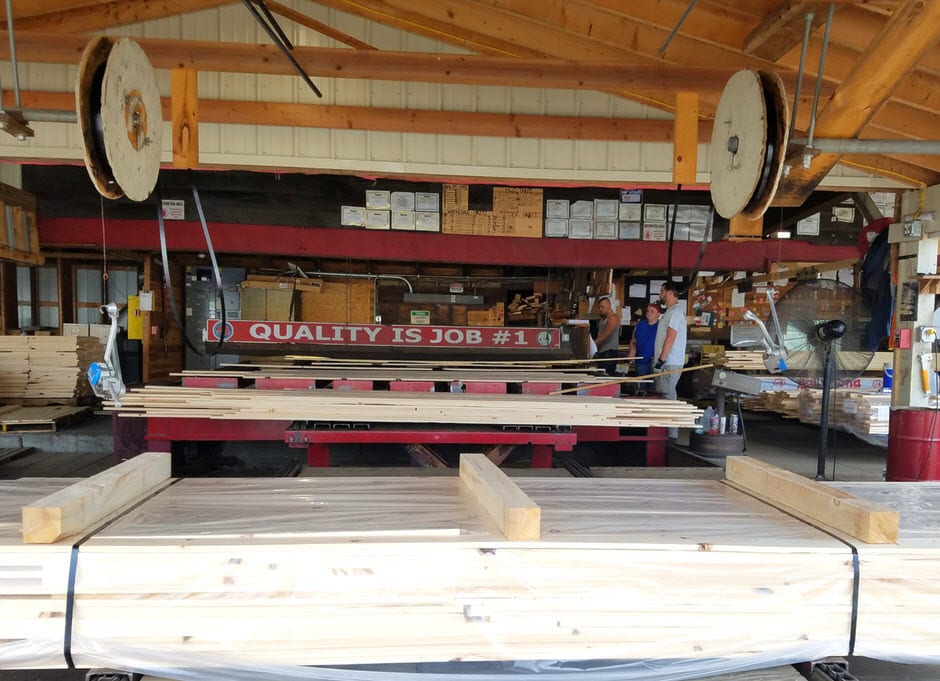