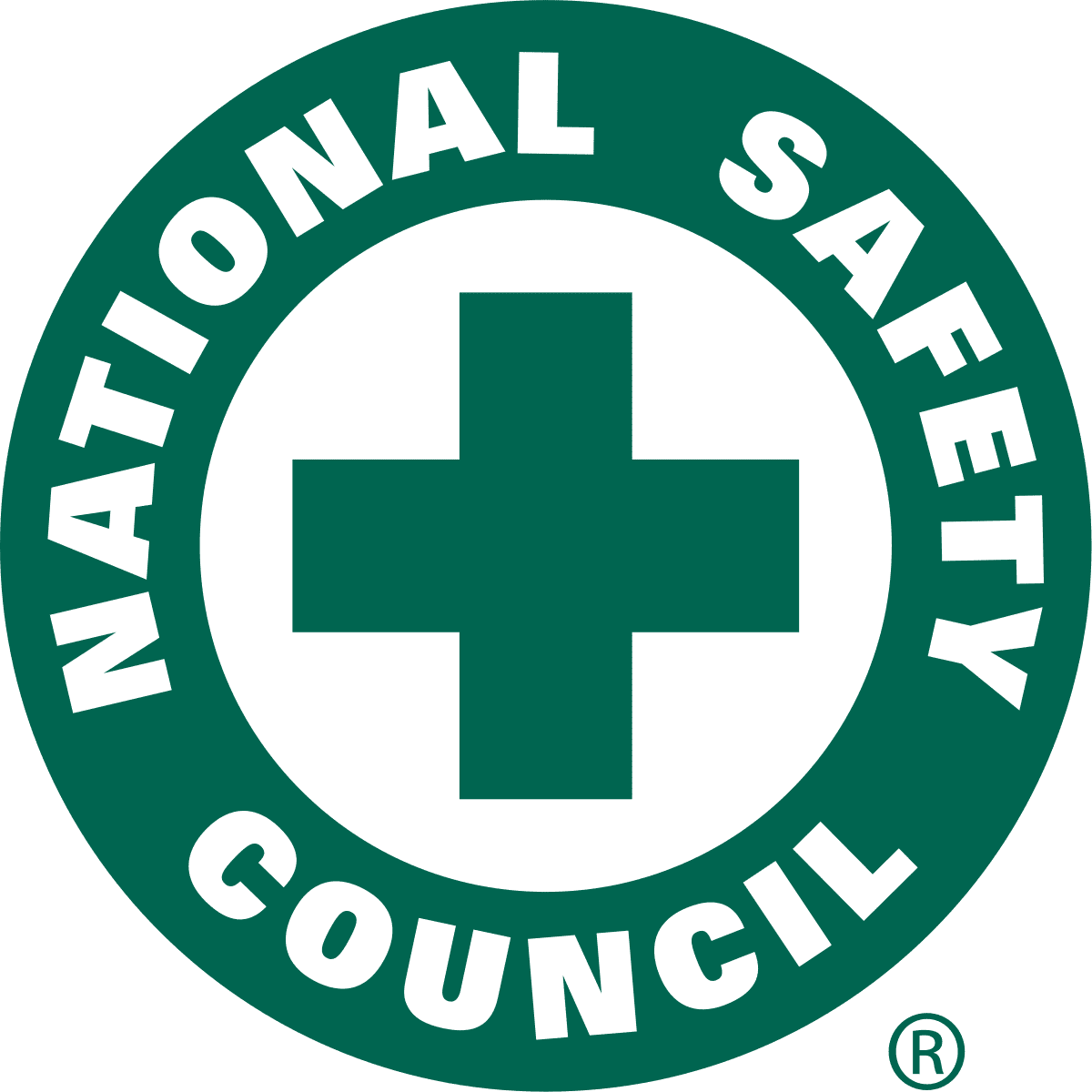 The National Safety Council recently announced that seven Hammond Lumber Company stores have won the 2019 Industry Leader Award for outstanding safety. The award goes to the top 5 percent of NSC member companies, units and facilities that have qualified for the Occupational Excellence Achievement Award based on 2018 safety data.

According to Hammond Safety Director Bruce Pelletier, the seven stores had no lost-time accidents last year, a reflection of the company’s emphasis on safety.

“We strive to have no lost time,” says Pelletier, who became Hammond’s first full-time safety director in 2005.  “And by lost time, we mean not only time lost here at work, but also time lost at home with loved ones. As a third-generation family owned company, the Hammond’s understand what it’s like for other families. They want to keep everybody safe.”

Hammond Lumber’s Belgrade store won the NSC’s Million Work Hours Award after going more than a million consecutive hours between February 11, 2005 and April 19, 2008 without a job-related injury or illness that resulted in lost time. More recently Belgrade has received a second NSC Million Work Hours Award after going 2,003,623 consecutive hours between May 24, 2012 and December 31, 2018 without job related injuries or illness that resulted in lost time and this record continues since December 31, 2018 Belgrade is still gaining consecutive hours without job related injuries or illnesses that required lost time. Additionally, the Auburn Store has not had an incident that resulted in lost time since 2010 and they are approaching the million-man hours worked without a Lost time Incident and the Boothbay Harbor Store is also gaining ground on this award not having had a lost time incident since 2011.

With the addition of the stores and staff of EBS Building Supplies in June of 2018, Hammond Lumber now has 21 stores and more than 800 employees in southern, mid coast, western, central, downeast, eastern and northern Maine. In addition to the seven NSC Industry Leaders, there are also Hammond stores in Bar Harbor, Belfast, Blue Hill, Brunswick, Bucksport, Calais, Camden, Cherryfield, Ellsworth, Farmington, Greenville, Machias, Rockland, and Skowhegan.

More information about Hammond Lumber Company’s safety programs, as well as its products and services, is available at 1-866-HAMMOND and www.hammondlumber.com. 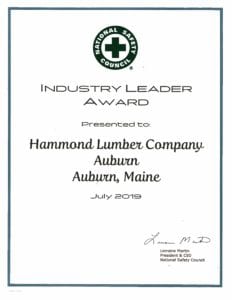 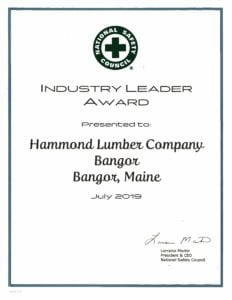 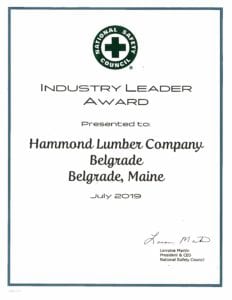 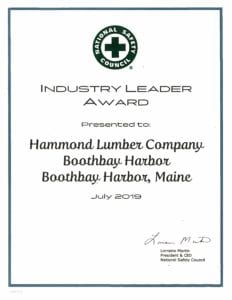 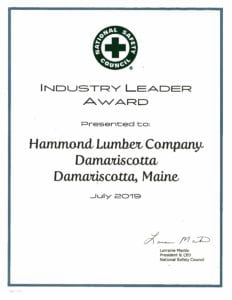 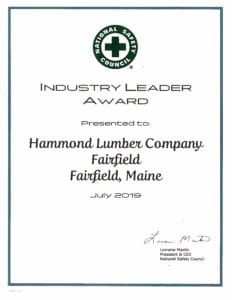 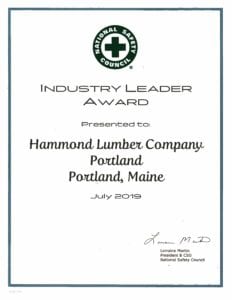