For the Vassalboro community, the Olde Mill Place is more than just a building it’s their community center where events big and small bring them together. The mill was bought in 2010 by Ray Breton and through his hard work, it quickly became an important space for all members of the community. When a violent windstorm tore the roof off the mill causing thousands of dollars in damage it was the community that rallied to fix the building. Fundraisers started immediately to cover the costs of fixing the mill with raffles, potlucks, paint nights, and many more with all the proceeds going towards repairs the mill desperately needs.

The most recent fundraiser hosted by the Central Maine Cycling Club turned the mill into an indoor mountain bike course. The idea for the course was proposed to Breton by David Richards and the Central Maine Cycling Club, “We wanted to produce an indoor event where weather wouldn’t be a factor. The mill needed repairs so we thought they would compliment one another.” 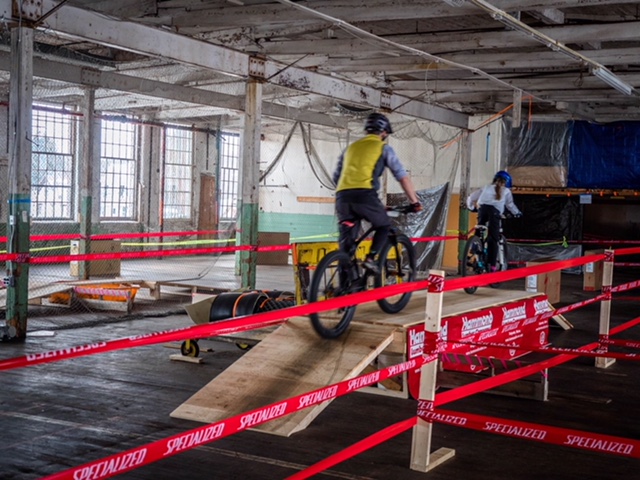 The course opened on February 11th attracting over a hundred cyclists from 7 different states and 1 province. Riders as young as 5 and as old as 68 took to the course to test out the custom built obstacles.“Cyclists near and far have flocked to the event page to see daily pictures and video because this is so unique to what they normally have the opportunity to ride.” Said Richards.

The course took about a month to build and took riders through old offices, warehouses, and over stairwells giving them a truly unique view of the mill. Most mountain bike courses are built using dirt to create jumps and other obstacles. “When we started this mill idea, it was very different than anything we had done in the past. Using wood instead of dirt and not having the knowledge of how much materials are needed was quite a challenge. Hammond took charge and pledged their support!” Said Richards. It was a challenge to build an indoor course but Richards and members of the Central Maine Cycling Club were up for it! 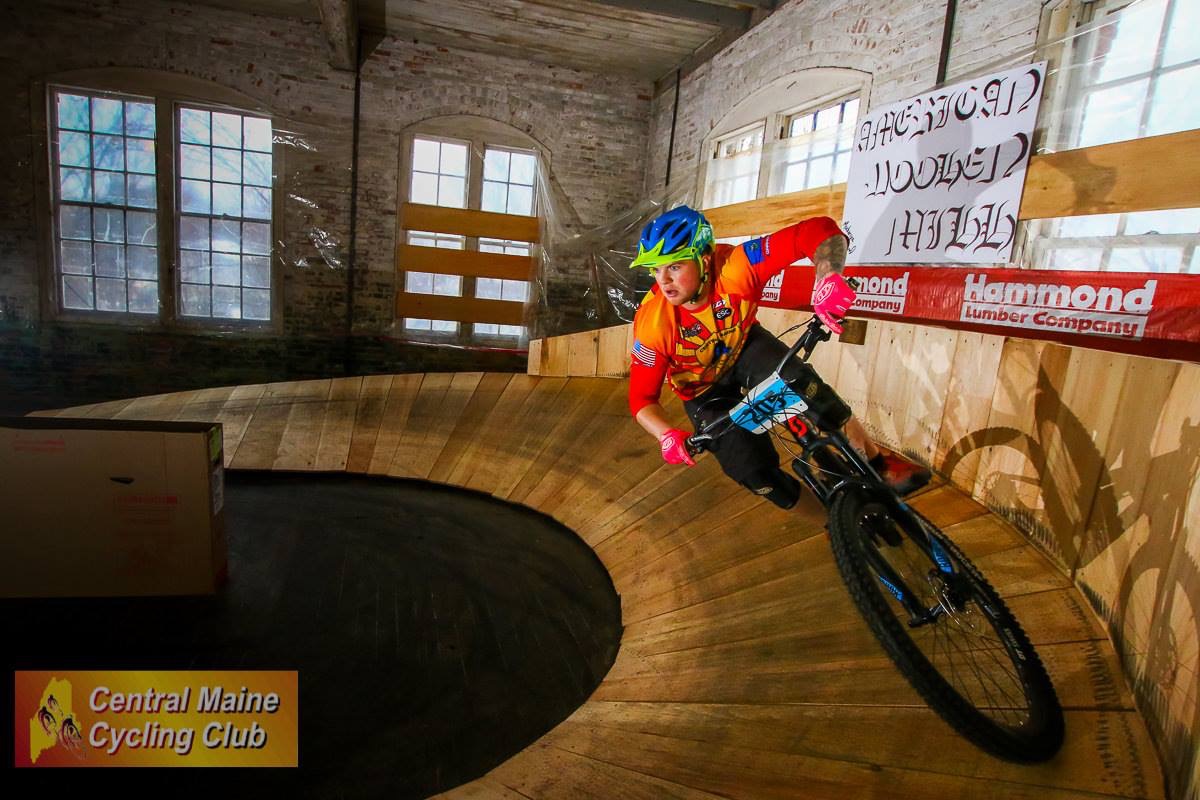 Hammond Lumber Company donated the materials David and the Central Maine Cycling Club needed to build this unique course. Hammond is no stranger to the cycling community with their very own Paint-Pro Jamie Dexter leading the Jr. Dirt Riders program that is free of charge to all participants.

“Hammond has been a supporter of other community events that Central Maine Cycling Club has produced. Mostly by participating with their families to help promote healthy lifestyles.” Said Richards

“We’re proud to support the community by helping to raise funds to rebuild the roof at the mill, it’s a valuable place to gather their friends and family for activities.  Thanks to Dave and his friends for their energy with this project, and the work the group has put into it. The enthusiasm is contagious!” said Sarah Krizo for Hammond Lumber Company.

For more information on how to support Ray Breton and the Olde Mill Place visit the Save The Mill Facebook page!